ADMINISTRATION OF JUSTICE: THE CIVIL ACCOUNTABILITY OF THE INVESTIGATIVE JUDGE IN SAUDI AND INTERNATIONAL LAWS

The orderliness, harmony and peaceful existence witnessed in a country depend on the effectiveness of the country’s judicial system. Judge is shouldered with the responsibility of ensuring that rights of individuals is not only protected rather seen also is protected in the country. Rights of ordinary citizens are secured and not infringed upon or arbitrarily abused is a challenge of the day. The success or otherwise of the judicial system depends on the independence and immunity of the judge. Thus this paper aims to research and sets out to explore the concept of civil immunity of judge, investigate civil immunity provisions in the context of Saudi Arabia and international law. Its scope as well includes to comparing both conventional ones with Islamic laws. It was found out that civil immunity of judge is guaranteed in Saudi laws with certain restrictions. In international laws, there are so many provisions and charters that affirm and establish civil immunity of judge. In comparing contemporary laws with Islamic laws on the subject matter, it was found that the latter is more comprehensive and holistic than the former, though both guaranteed civil immunity of the judges. 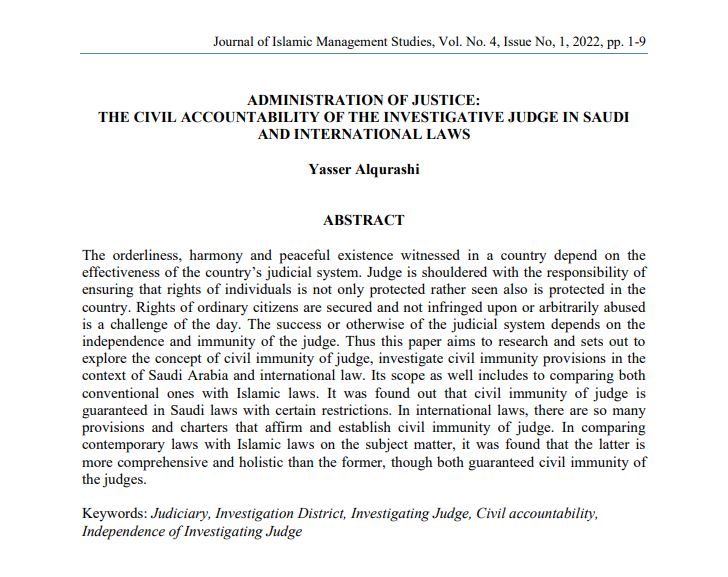